All classes in Diablo 4 have class-specific skills. This system has not changed from the previous Diablo games.

Categories of skills differ depending on class. For example, the Barbarian class skills are split into the following groups:

See the skills trees for other options per class.

Each class has a pool of passive talents which can be used to augment the base skill.

The skills are organised into: Base skill > Enhanced version of that skill > Two skill upgrades.

The passive talents are standalone in each node but more powerful talent passives may require the previous talent to be activated before it can be selected.

Like previous Diablo games there is a Skill Tree where points gained by leveling are invested.

When Diablo 4 was announced, Blizzard’s first reveal of skill trees took a traditional skill tree format that players could instantly recognise from the previous Diablo games.

Since the game was announced these have evolved into what we see in the current beta which more typical of today's ARPGs with skill nodes and branching passive Talents. 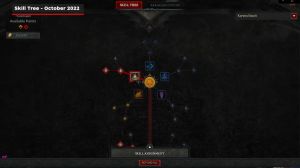 The information below is as of the Diablo 4 beta. 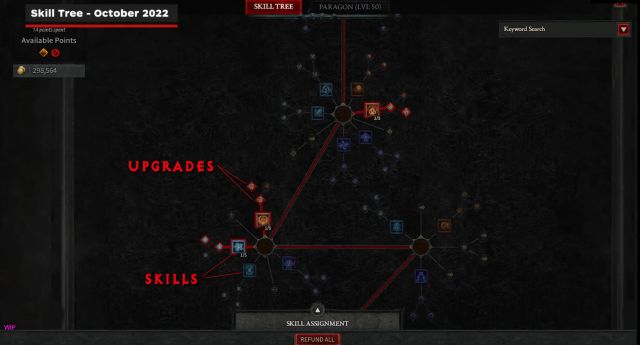 The links in the table below show either the trees for each class in full as they are organised in the game, the skills alone, or the talents.

Players will be able to respec their skills but it will come at a cost. The higher the level you are, the more expensive it will become to respec. Players simply right-click the skill or upgrade to refund a point from that skill. This becomes increasingly expensive as you level up.

According to Blizzard, "in the end-game, hanging your build will require a significant investment, to appropriately match the time and effort you’ve put into defining your character."

See the respec page for more images and details

The information below contains images from previously released versions of the skill trees design prior to the game's release. These are no longer featured in the game.

On 29 December 2020, Blizzard revealed a major change to the way in which skills and passives would be presented to the player. Blizzard showed a revamped Sorceress skill and passives tree. 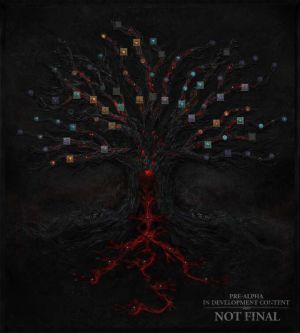 Prior to 29 September 2020, the Diablo 4 skill trees took a more traditional form as seen in the images below. The skill tree above is more visually impressive but also keeps everything on a single screen. The previous incarnation of the tree contained tabs for both skills and talents.